Untitled (Aleppo) explores the notion of permanent temporality via the integration of architecture, catastrophe and culture. I chose sheetrock as a basic architectural material to photo- transfer the satellite image of demolished Aleppo on it. The texture and pattern of the city is lost after the war in this satellite image of Aleppo. I engraved a carpet-like pattern on the sheetrock as a reference to the lost cultural identity, to emphasize on the destruction of heritage and address the replacement of war culture. 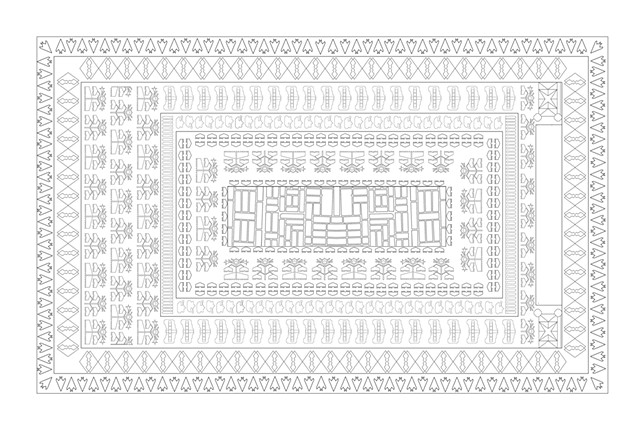 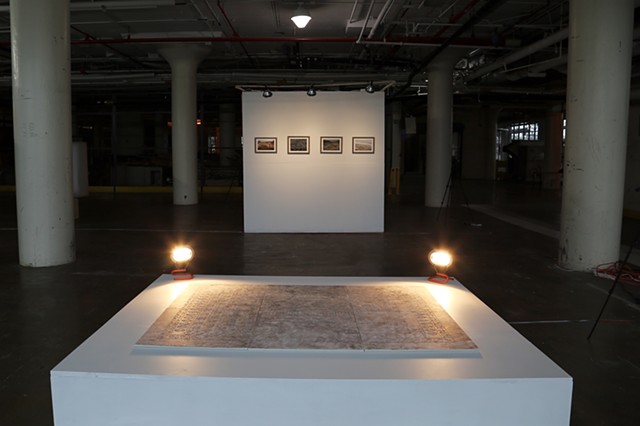 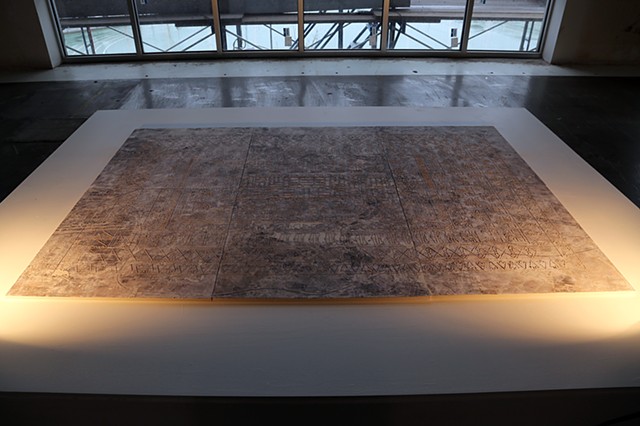 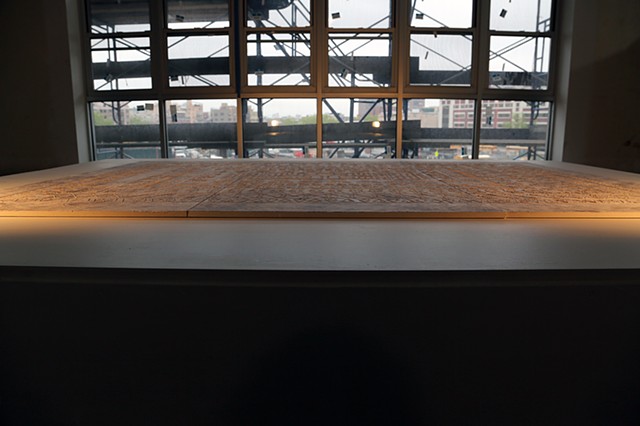 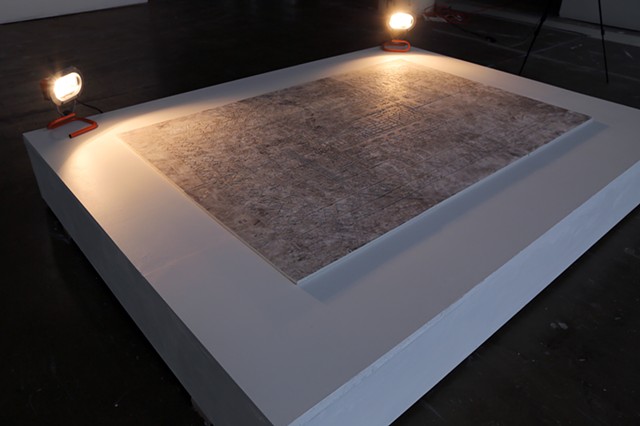 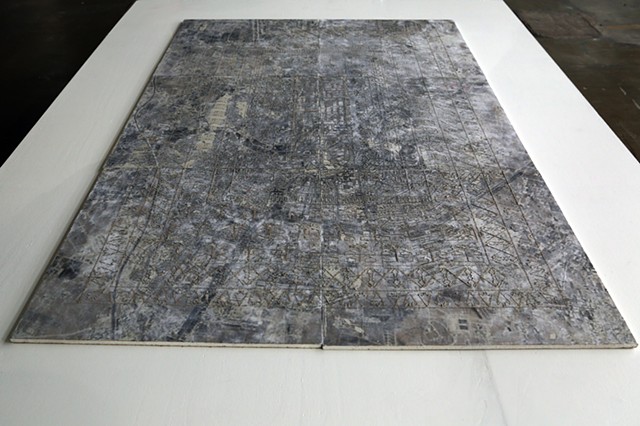 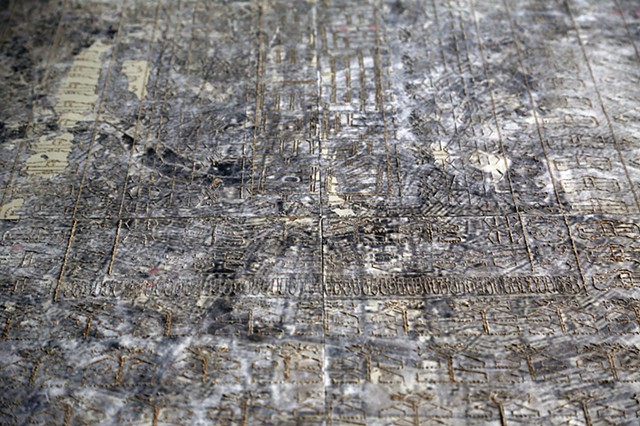