"Mute", is a site-sensitive multimedia installation that juxtaposes choreography and archival footage in an architecturally conceived viewing setting. On March 16, 1988, Saddam with support from his western allies including the U.S carried out one of the largest chemical attacks against the Kurds of Halabja of Iraqi Kurdistan. Saddam committed the genocide in the closing year of the eight years war between Iraq - Iran in which Iraq invaded parts of Iran. He used chemical weapons in Halabja forty-eight hours after the Iranian forces peacefully entered the village. As a result of the attack, 3,200 to 5,000 lives perished and 7,000 to 10,000 were gravely injured. My work is imagined as an embodiment of the pain and death of Halabja's residents, experienced moments after the attack to immerse the audience in the act of violence. In this piece, I am using dance to translate the pain that people experienced moments after the attack. The four channel video is projected on translucent sheets, making it possible to play with the transparency and therefore the in/visibility of the footage. At the center of this installation there is a pedestal imprinted with a carved out aluminum carpet filled with dirt. The motifs of the rug are geometrized forms driven from army gear and weaponry. A sound accompanies the installation. In this piece, I struggle with all possible kinds of visual language, from documentary to symbolism, sculpture, sound, and video to narrate a forgotten history. The piece is a failed attempt to translate the sensation of loss and pain through visual art. The digestion and translation of other people's suffering into verbal and visual language is often lost in translation. When in the state of distress, either mentally or physically, language is dried out and unable to communicate. Our understanding of pain when looking at cruel images is limited to our collective or individual experience of pain and is often mixed with guilt. "The guilt of watching it, seeing it, looking at it, partaking in it, defending it, avoiding it."- Oraib Toukan Cruel Images-

Mute is commissioned by The Shed and Co-sponsored by Panasonic. 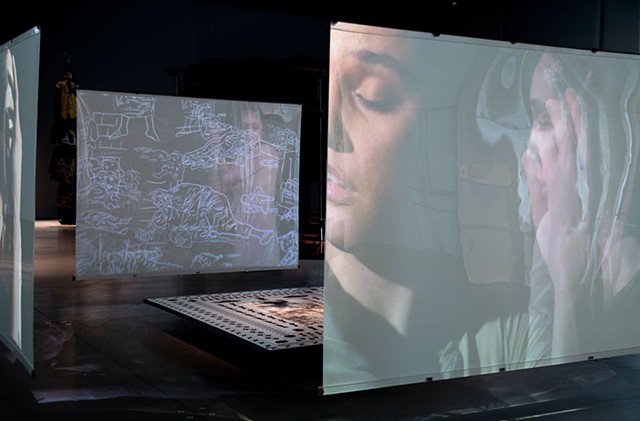 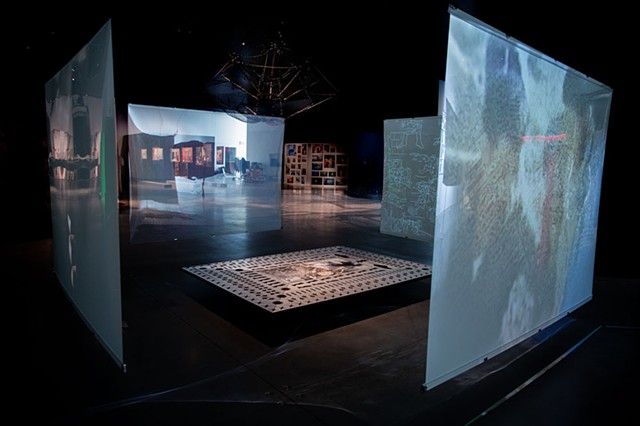 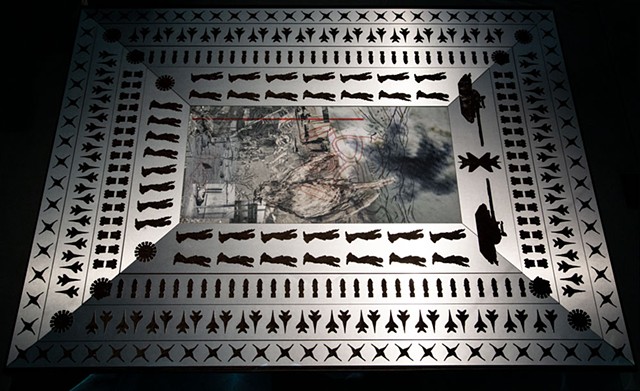 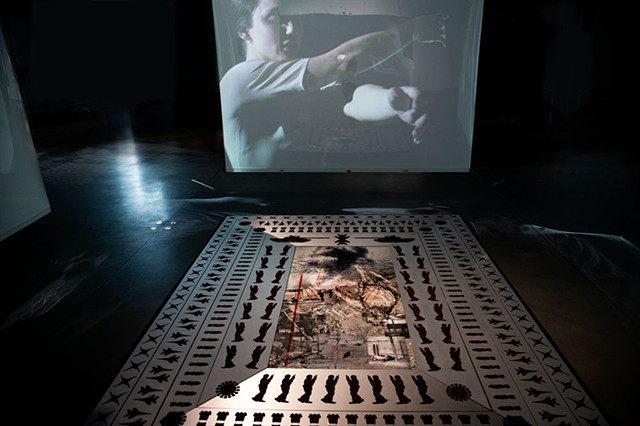 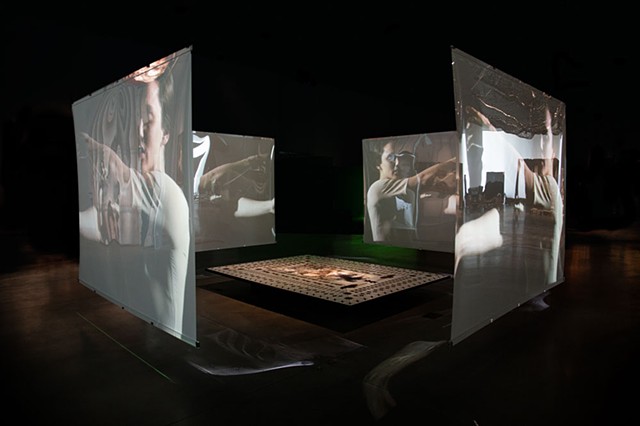 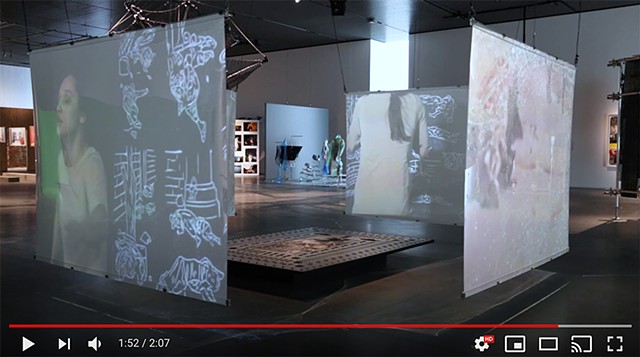 Mute
Video Documentation of the installation